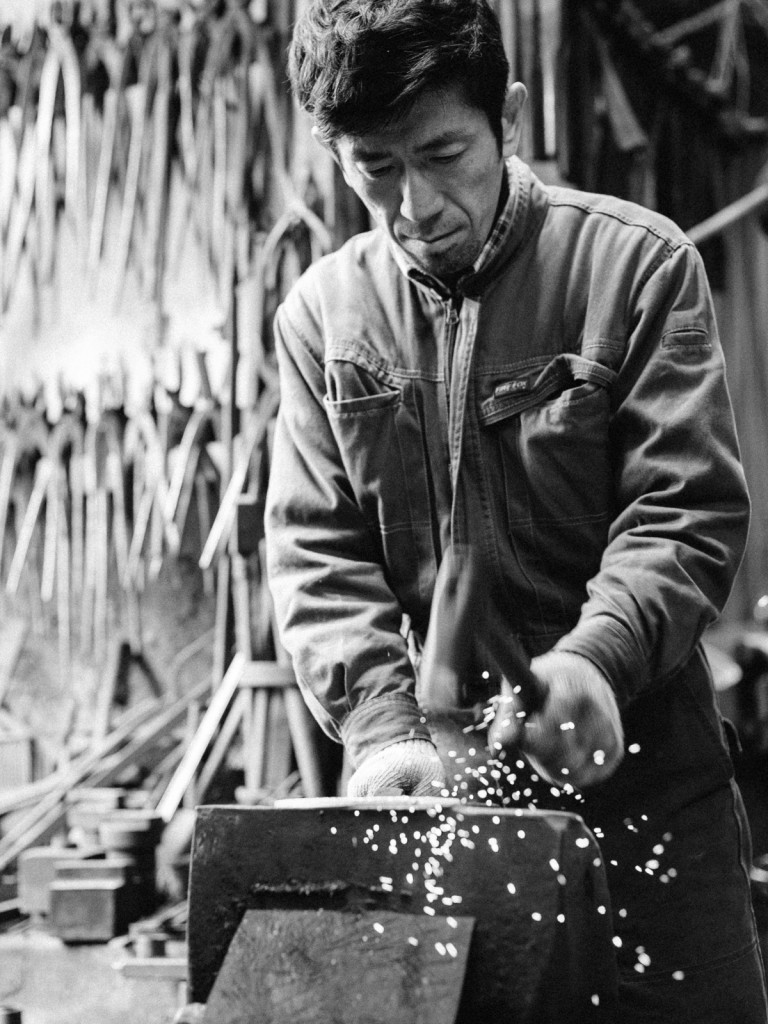 Shusuke Koto graduated from Shinshu University where he majored in economics. Shusuke served as a curator first in Tokyo then later at an Art Museum in Shimane. He began an apprenticeship in the 10th generation blacksmith workshop Hiromitsu.  Hiromitsu was established in the Edo Period in the Okuizumo area in Shimane prefecture.
Eastern Shimane prefecture is traditionally steeped in steel history, rich in culture and famous for its high quality blacksmiths. From ancient times they have been perfecting the forging methods used to skillfully craft everything from Samurai swords to candlesticks to modern light fixtures to vases.
Shusuke intricately crafts products by delicately forming jet-black forged steel into works of art. More than mere practical products, these crafted art crafts create a character for their space and bring smiles to the families who own them. In addition, by focusing on special order made products, people can own one of a kind pieces that can be found nowhere else in the world.